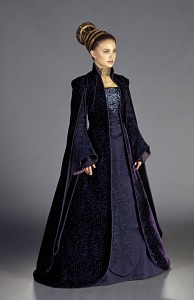 I was working on a (different!) “surprise” costume for CEII, when I remembered that I still have a full bolt of the silk/rayon ‘flame’ velvet of the purple Senate gown from Episode 2 (I bought 2 bolts ten years ago, as described below for the first costume which I made ten years ago…); so I could have made that one as well (instead of the surprise costume which I actually made, that is).

I started with the most time consuming things because I know that I tend to lose interest if I am stuck doing things that, well, need much time.
So I figured that instead of doing the actual sewing on the dress first, I’d start with the beading and cording embroideries – that way I won’t waste time doing the “simple stuff” (=sewing) first, but can do it last, so I know that my speed will pick up towards the end. 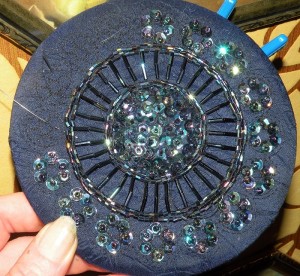 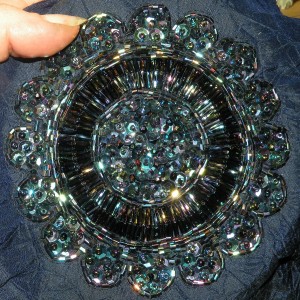 By now I’ve spent two days on the “bodice triangle”, on which the progress is WAY slower than on the brooch: 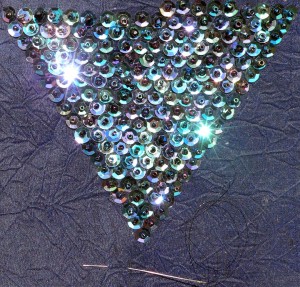 If you click on the ‘triangle’ photo to see it larger, you will notice that the beads at the center of the sequins have many different sizes and shapes.
This is because I’m not just using cupped iridescent black sequins and seed beads. In fact I’m using a variety of round and cut seed beads, hex cut beads and cut glass beads, all in various shades of “iridescent” (black-, blue- and purple iridescent, that is) on top of the sequins.

I’m not doing this because I would have “no idea that the original gown only uses round seed beads” (actually I know that 😉 ), but to add some extra sparkle by using the cut variations of beads on top of the cupped sequins. I don’t think that the usage of those cut beads takes away much from the appearance (in terms of “likeliness to the original”), and I love me some extra sparkle, so there 😉
Also, for the brooch I didn’t just use “straight” bugle beads but also twisted ones in black AB – again, to add to the sparkle (because a twisted bugle will sparkle more than a non-twisted one). 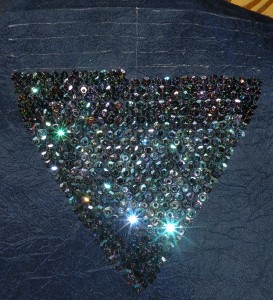 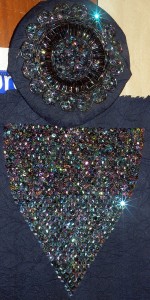 As you can see, the spools and labels are basically the same (except for the labels having different color codes). And actually, both labels have a “RYN” on them, specifying that the content of the soutache is rayon, which is dyeable.

Over the years I’ve used quite a bit of the white soutache and dyed it successfully (of course – it’s rayon, right?).
Now, when it came to soutache for this Senate gown reproduction, I thought “why not use the purple soutache and dye it navy?” – not unreasonable, right? 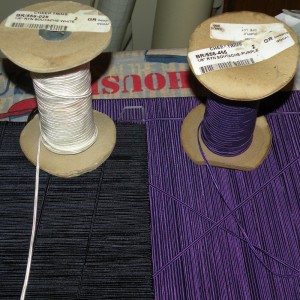 So much for “soutache doesn’t equal soutache. 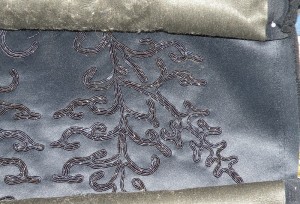 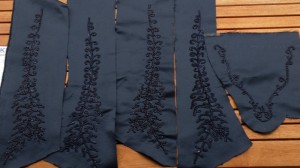 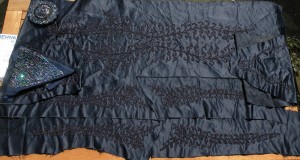 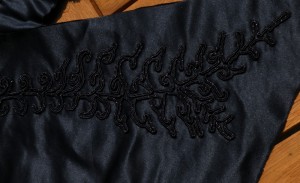 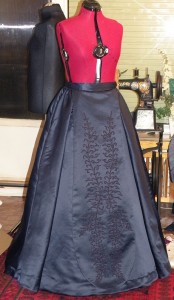 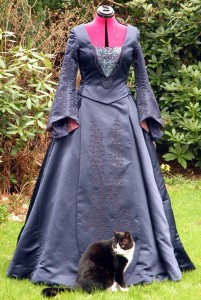 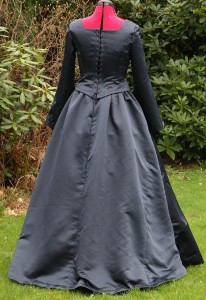 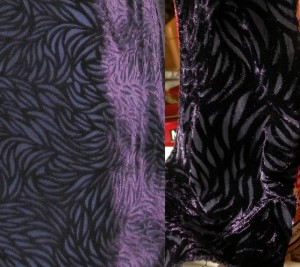 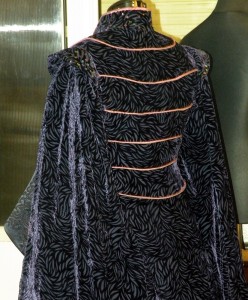 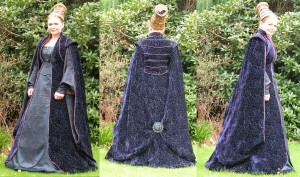 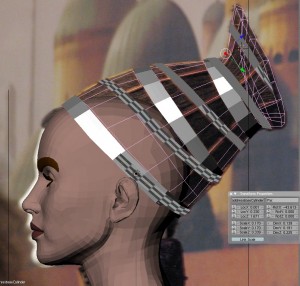 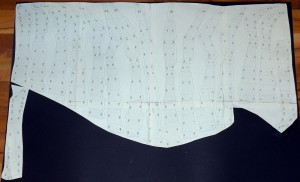 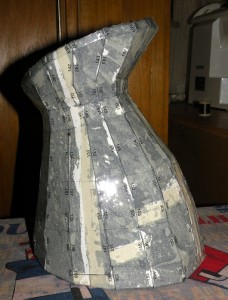 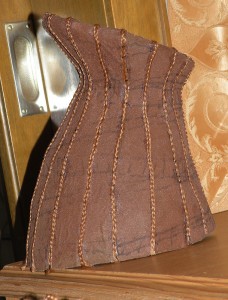 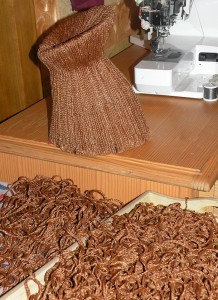 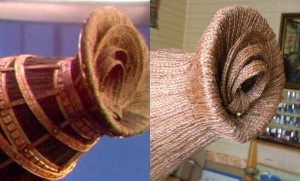 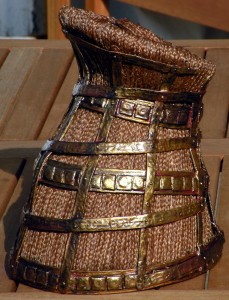 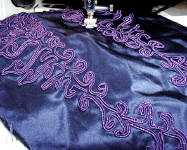 And here are the pictures of the finished gown. Unfortunately I have no pictures of the complete gown that were taken outside. The colors are a little weird due to artificial light and flashlight; the real colors are more like the pictures that seem a little ‘dull’ – compare them to the pictures above of the underdress which were taken in daylight.
Also, the hoopskirt that is under this gown is too small for this skirt; but the person I made this gown for has her own which is larger than mine. 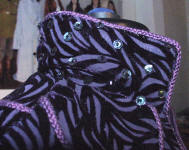